Last night I saw Ard Matthews at the Barnyard in Rivonia play to a lively and intimate crowd. Not for the first time, but notably the first as a solo artist, not as one third of the powerhouse that is Just Jinjer. As the front man for that legendary band I’ve seen him on stage more times than I can remember over the last 21 years. Last night was also the first time I had seen him on stage with different musicians.

When the Impossible Machines album came out, the biggest difference between Ard’s first solo album First Offerings and this, to me, was how much it again showcased not only his superb song writing but his excellent and vastly underrated guitar playing. I had hoped the live gig in support of the album would be the same and I was not disappointed. Like everyone else I love hearing the classics and songs I know when I go see an artist I love but I’m perhaps (sadly) in the minority who is more excited about hearing new material, and good new material I have not yet seen played live. The songs on the new album are superb. Ard has always had the knack for writing a perfect hook, a melody that gets embedded in the brain, in a good way. The songs and production on the new album are outstanding and like all the material he has written before, these songs came alive and resonated beautifully on stage.

The title track, a near perfect single, was fantastic and is sure to become a tour de force on stage, the band stretching it a little further than the studio version.

My favourite song on the album is Midnight Sun, up there with the very best songs Ard has ever written and which includes a blistering guitar solo which I was hoping to see live. Again, I wasn’t disappointed.
It was as good if not even better, even played standing on the table two feet in front of us…! Ard is clearly enjoying his playing right now, and took every opportunity to do so last night without it becoming too much.

At least 8 of the 12 tracks on Impossible Machines were played last night, which was fantastic, as well as the ridiculously catchy standalone single Wonder Years.

I knew Ard would have to play some JJ material as those songs are always the crowd pleasers, and I could even have put money on which tracks would be played. I would have been spot on with two of them, but the third was a pleasant surprise. Too Late, the opening track on the first Just Jinjer (Jinger back then) album, in a slightly different arrangement, was a thrill to hear again. It was also a bit of a surreal full circle moment as I saw that song played many times with the original JJ guitarist, Verny Scholtz, who was sitting in front of me last night mixing the sound on the fly with his iPad. (I’ve seen him do this many times at Johnny Clegg as FOH mixer for that legend as well) 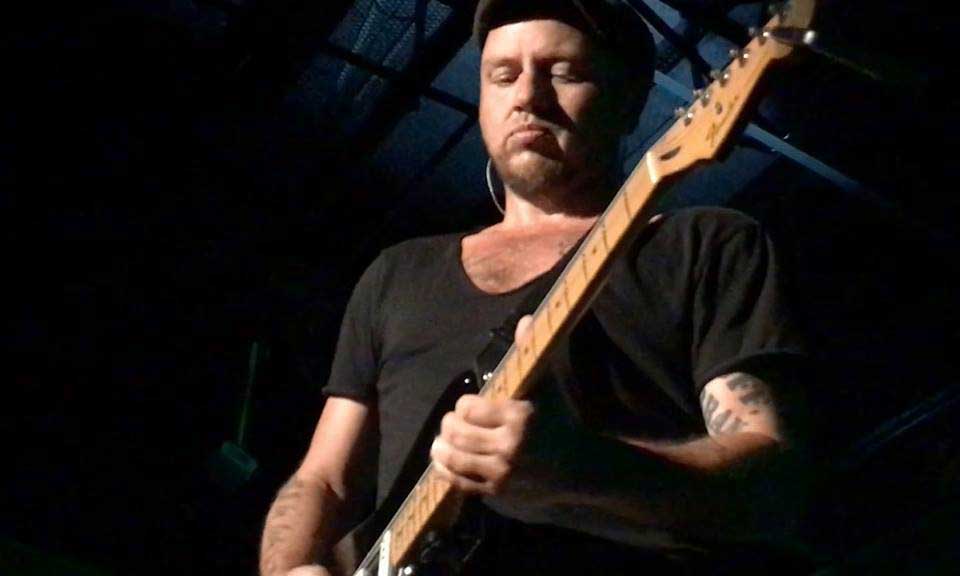 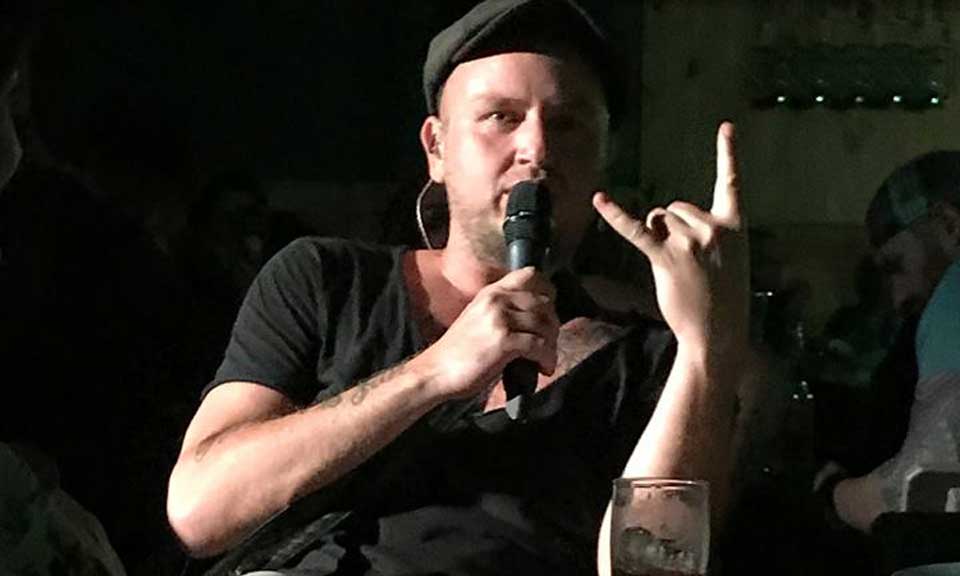 The fourth ‘Just Jinjer’ song was Sugar Man. Obviously this is the legendary Rodriguez track but one JJ made their own back in 1998 and always a highlight of a JJ show. It dawned on me during Sugar Man that it’s probably the only song I’ve seen played live by 3 different acts. Rodriguez himself at Standard Bank Arena, with Big Sky backing him (also back in 1998) Just Jinjer many many times, and by Dave Matthews Band at the Dome back in 2013. The last two songs were as I would have guessed, Shallow Waters and What He Means. Every songwriter or artist hopes to have at least that one song that everyone wants to hear every time they play, and that become radio staples. I imagine it can be something of a millstone at times, but I also think it must be good to have those songs in the back pocket you know will have a guaranteed positive response when you pull them out. Ard himself acknowledged this when the crowd roared after literally only the first two notes of Shallow Waters. What He Means is arguably one of the greatest songs by anyone, ever, and certainly in my SA top 5 singles. It’s as perfect a song as can be and it is just majestic live. The musicians on stage with Ard did a superb job of doing the song justice last night. In the same way the music of Johnny Clegg flows through my veins and is an essential part of my life, the music that Just Jinjer has made over the last two decades is just as much an integral part of my adult life. I am sorry I don’t know the names of the three musos on stage with Ard last night. He did introduce them by first name on stage though and they were superb.

I think at this point they may feel they are not there as a focal point, yet, but perhaps to very ably assist Ard in promoting and getting this project on stage and out to audiences. As the new band bond and become a more cohesive unit I can see these songs becoming even better on stage, and deservedly taking their place alongside the well-known Just Jinjer songs in the catalogue.

If I had one critique, it would be that I missed the magic of the harmonies Brent Harris and Denholm Harding bring to the Just Jinjer songs. They are two of the best musicians in the business today and I don’t know that either ever fully get their due for the incredible vocal work they do on stage. I have no doubt the Just Jinjer project and entity will always be alive and continue, and seeing the three of them on stage will never stop being something magical, more than the sum of the parts, but they are also incredibly busy with other projects now, and that’s just fine. To me it means that when they come together to play it will always be fresh and exciting.

Ard is definitely not the only person I can say this about but I know few people who are as naturally comfortable and happy to be on a stage and in front of an audience as he has always been. Always funny and spontaneous with his between song banter and ever the consummate showman. He was born to be on stage. And the voice… If you’ve seen him live you will know. Good or bad venue or acoustics, good or bad sound mix, his voice fills a room like few I’ve ever heard. His vocals are as strong as ever and I am always in awe of his range.

It was a great show and one I will remember fondly.